This summer every vegetable eating creature on gods' earth has descended upon my garden, with the rats taking the prize as biggest pest from the 28 parrots, whose little ringed necks I would happily strangle if I could catch them.
The rats have always been around, each year when the thumping and squeaking in the ceiling get too much, we trap and bait until life quietens down again.  Not this year.

The cost and the damage

In the last two months we have had to run new phone cables and rewired the whole meter box. two weeks ago a nest of baby rats died in the air conditioning ducts in my car during a heat wave, costing me many hundreds of dollars to remove them and the stench. Every day, another precious cucumber is chewed to nothing. I did have one win thanks to the cucumbers when I found one dragged up to the hot water system. When I removed the cover I found a lovely nest ready for babies. The cover remains off for now and the dog keeps a close nose on that spot.

I entertain dinner guests with the sight of rats chasing each other along the dining room window sill -it can be a bit off putting for our city friends! Never mind the crowds in the fig tree at sunset throwing figs and the race track around the verandah which operates day and night.

Two sorts of traps and three different baits later and we have more rats than ever.
Making sure the chickens were fed only in the morning feeders were kept empty overnight.
Making sure the dog bowls were not left out.
Block all possible entry points with either scrunched up bird wire or timber.
Check wood and compost heaps and hay for nest sites.
Feed baby rats to your chickens...free protein!
Throw things at them. (I use this with the parrots too, I am not allowed to shoot a gun in town, doesn't work for them either but I feel better)
I am strongly considering posting a  Jack Russell up into the ceiling for a nights hunting while I sleep elsewhere!

The past few nights have been quiet although the dead smells that ooze from the ceiling have chased me from room to room.
If you can get a volunteer to go into the roof and pick up bodies, this is the best remedy but they seem to die under the insulation or in hard to get areas so this is not always a solution.
A small ceramic or glass bowl with a square of folded kitchen paper topped up regularly with eucalyptus oil is cheap and effective. I am also burning incense while home.
Open all doors and windows and run all extractor fans as long as possible during the day.
The hotter the weather, the sooner the smell will fade, go to the beach is my best advice,

If you have any ideas to share, I would love to hear them but right now, I'm off to the beach.

Thanks for leaving a comment...always good to know that someone is reading and (hopefully) enjoying. 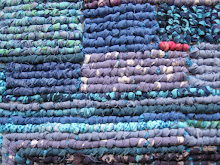 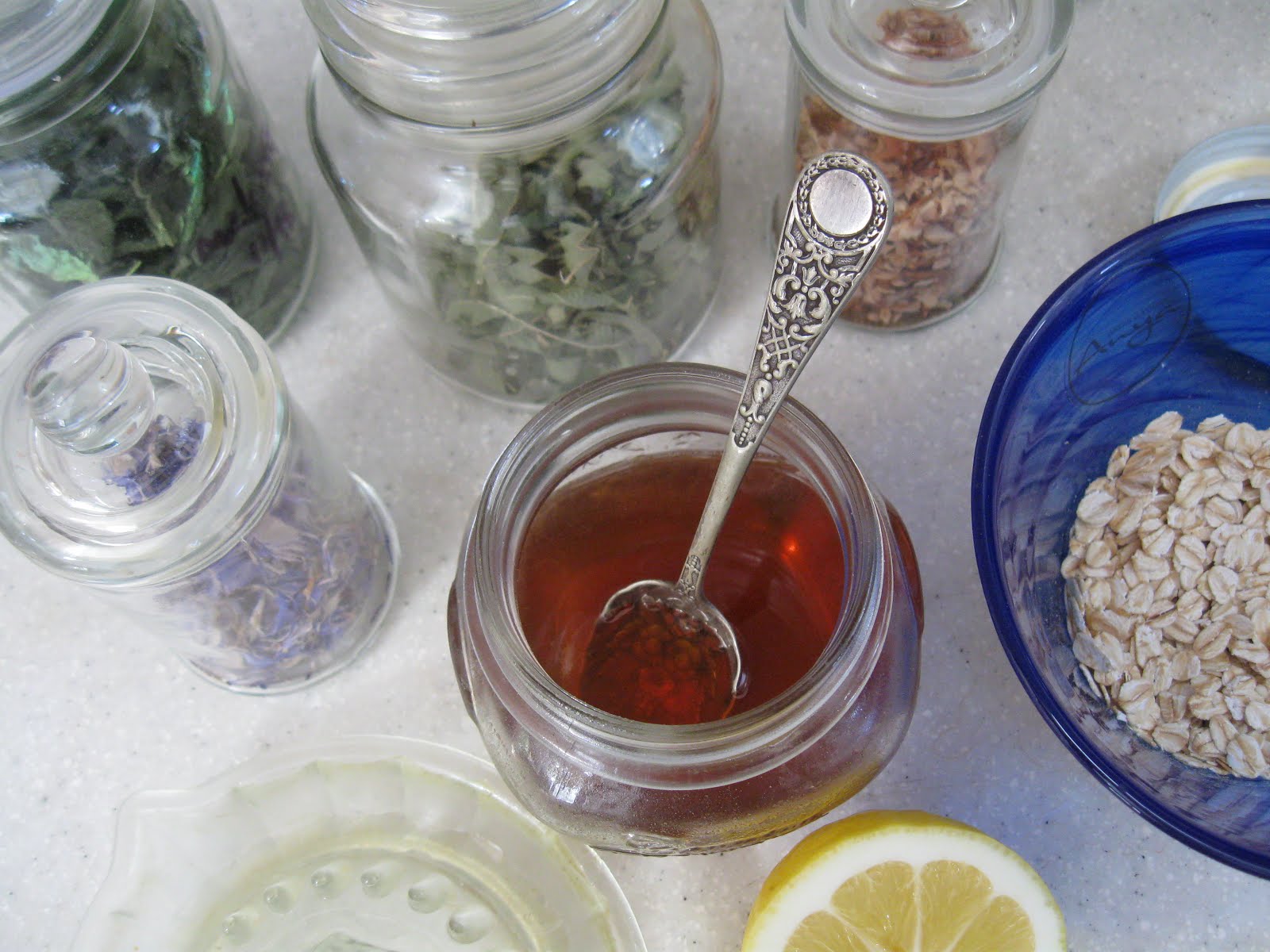 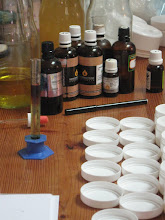 It is grey and raining steadily outside today. I found some rose honey I had forgotten and opened a jar of red summer deliciousness.
Here's how to make it...https://www.nirala-naturally.com/preserves.html 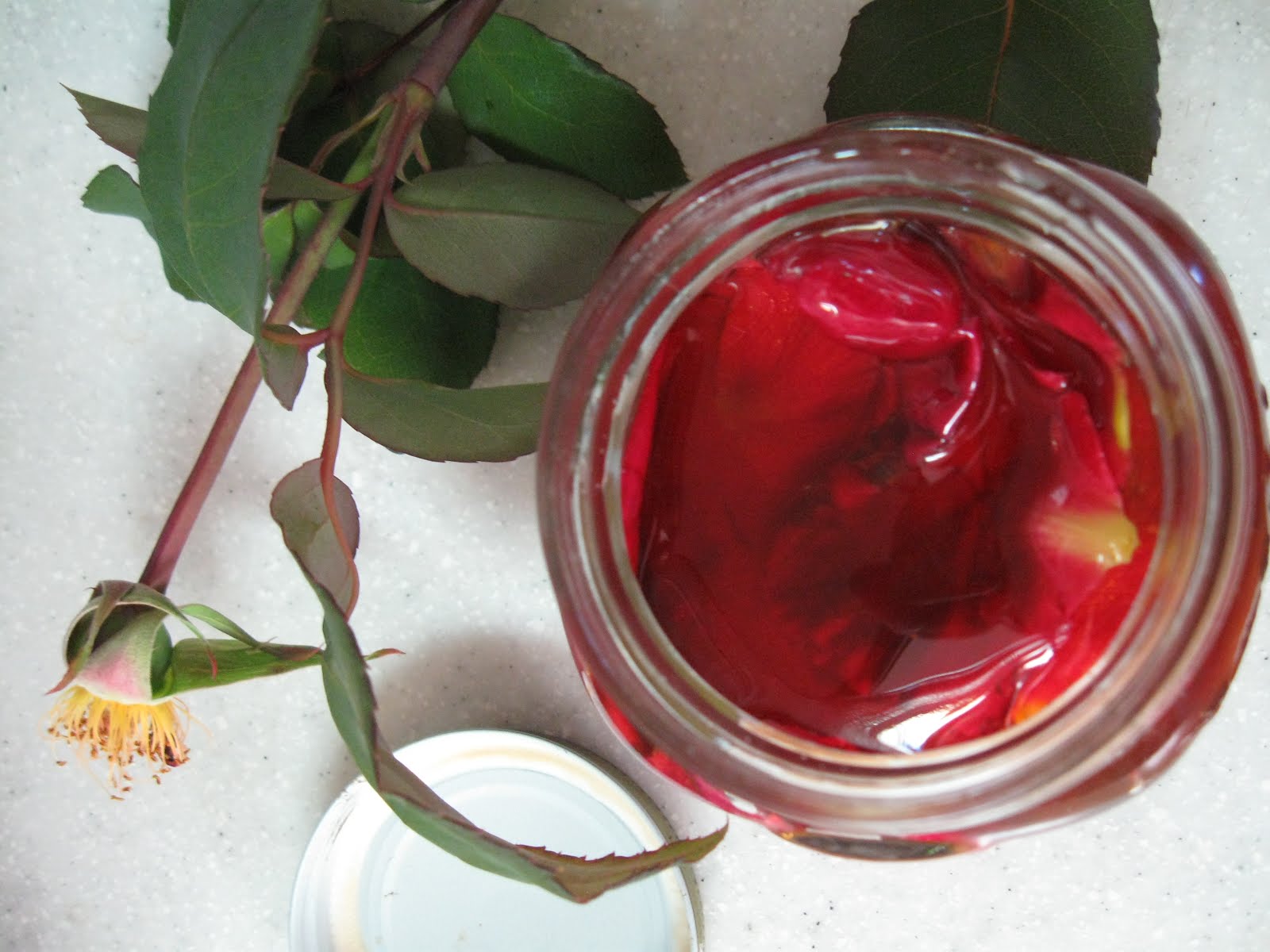 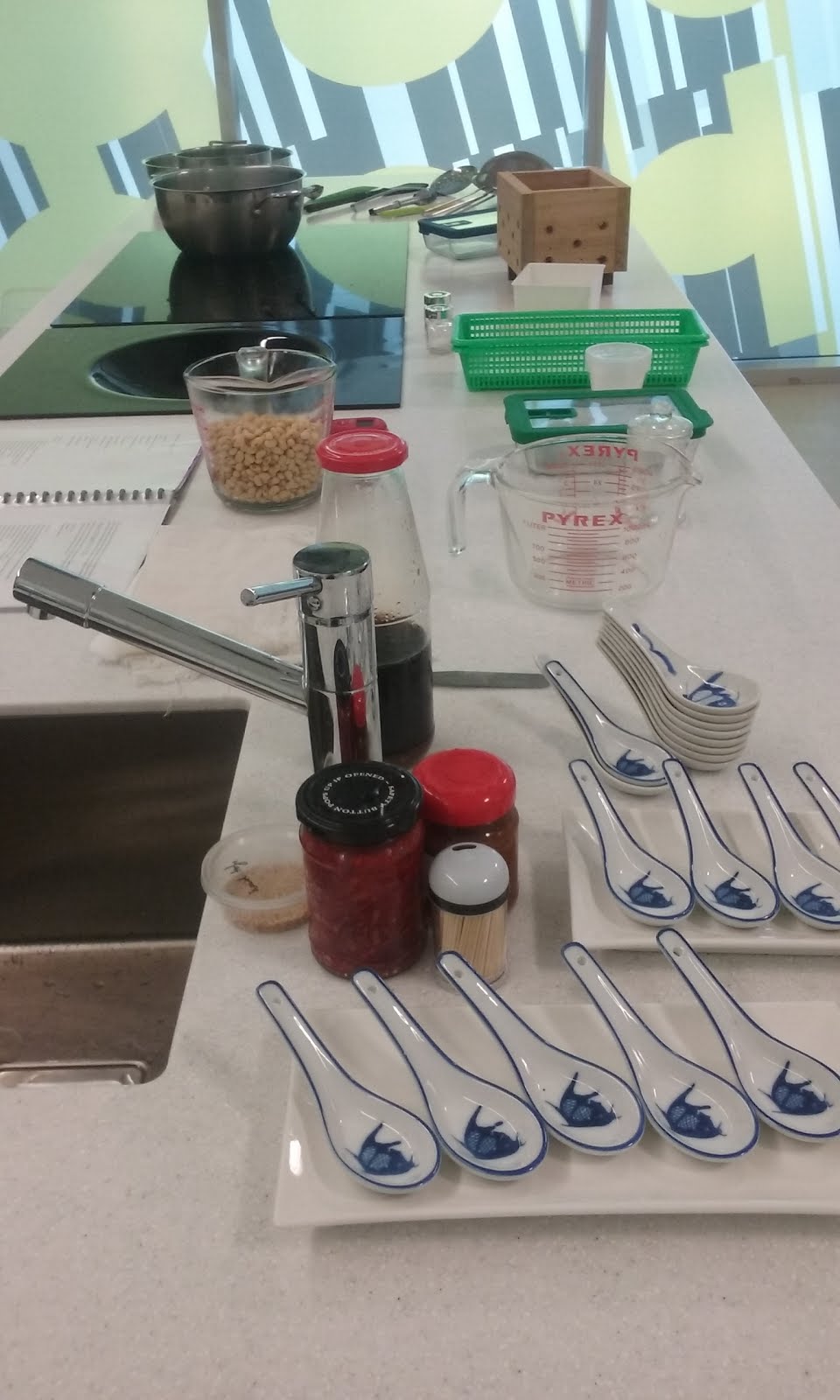 How to make T Shirt String

ABC SouthWest came to visit during Summer School. Click on the photo to go to their video.

Click on the picture to visit my website, browse my shop and find lots more info on lots of stuff. 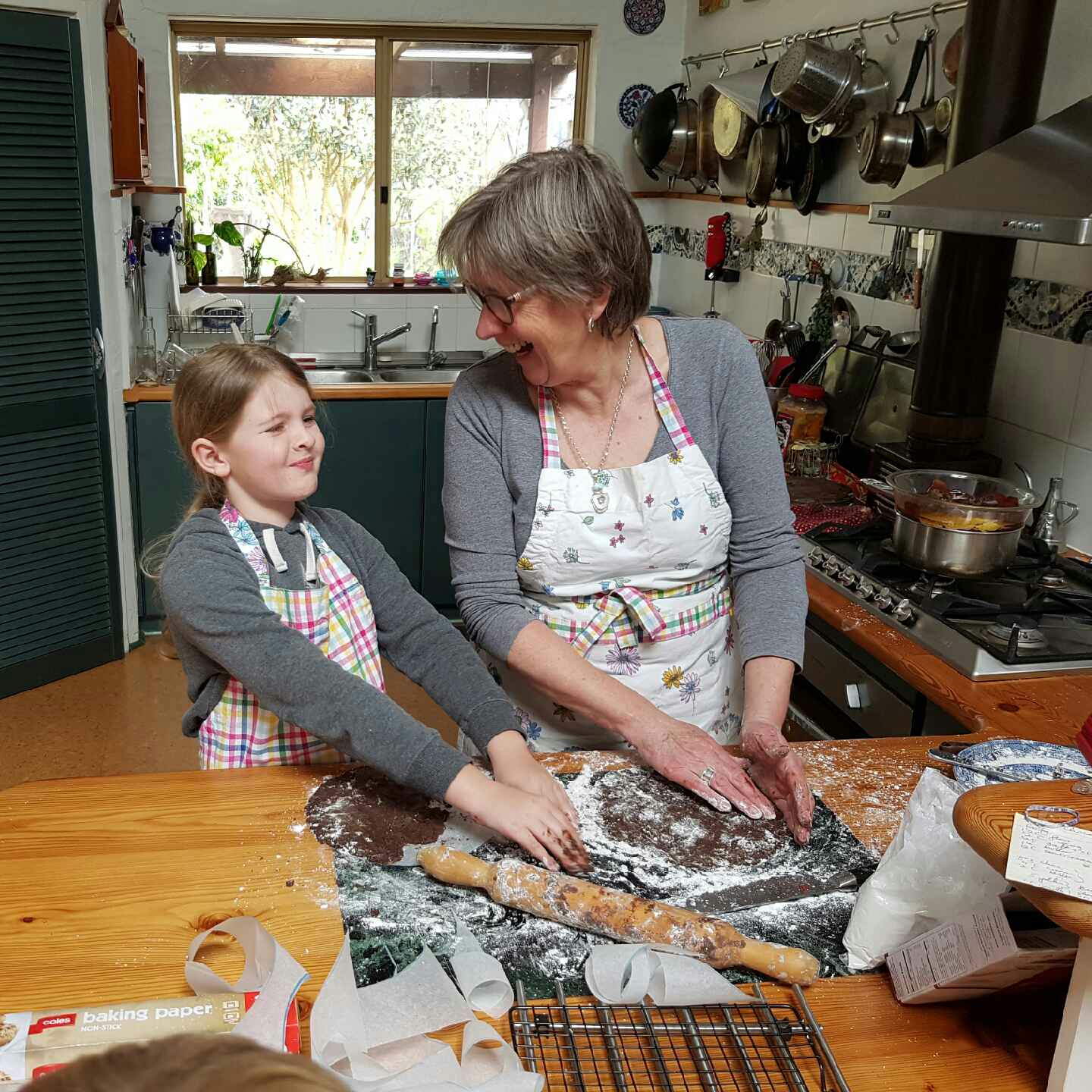 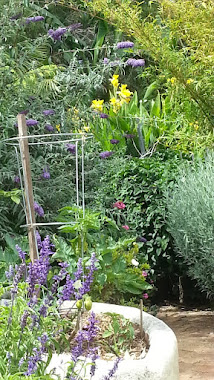 As tall as me.. Euphatorium.

Winter swells bring the seaweed in

Pigeons are a novelty to us!

Rump on a Stump

An unusual warm winter appetiser from "Cooking with Herbs" Available from http://www.nirala-naturally.com/

Pre heat oven to 180C
1. Cover olives with water, bring to the boil, then drain.
2. Place in small, shallow baking tray and add rest of ingredients.
3. Bake 15-20 minutes, shaking the tray a couple of times during cooking to coat the olives.

Just what you need to see after a few drinks!

Saved from the parrots

Tempeh: food for the future

My first solo publication explains a little of the history of tempeh, how it is made and its many health benefits as well as giving you lots of yummy, easy to follow recipes to suit everyone.

Click on the image for more details of the paperback and e book versions.

A natural moisturiser and lubricant.

An emulsifier and binder in creams and ointments, beeswax also helps protect skin from drying out.

A woodland in full colour is awesome as a forest fire,
in magnitude at least,
But a single tree is like a dancing tongue of flame
to warm the heart.

'Autumn is a second spring when every leaf is a flower.' Albert Camus

There has been an overwhelming response to Nerys' passing. On behalf of her family and friends, heartfelt thanks for the hundreds of e mails and cards that have warmed our hearts at such a sad time.
Thank you also for all the donations to The Royal Flying Doctor Service and all the other charities you have generously donated to in her name. I know she would have wanted to say:

"So long, and thanks for all the goats!"

Search here for all topics on all things

and with the cabbage...

Shred cabbage finely, layer one third cabbage in a ceramic bowl, sprinkle over one third salt and repeat twice.
Put a layer of plastic wrap over the cabbage and then a small plate.
On top of the plate put a heavy weight. A pot of water or a couple of bricks on top of a round chopping board work well.
Leave overnight and in the morning drain liquid and rinse well.
Put in steriised jars and cover with spiced vinegar.
Leave one week before eating with cold meats or cheese or as a side dish with bangers and mash.

happening in my garden

Don't tell them its' healthy!

This recipe is worthy of including to you repertoire, note it down in the back of your copy of 'Easy!'

Beat or blend together until smooth.
Pour into a serving bowl or four glasses and chill until firm.
Serve with berries and cream if desired.

One of my all time favourites - perfect for a quick meal on a cold day.

1. Sauté chilli and onion in oil for 2 minutes, stirring.
2. Add tomatoes then water, sausage and seasoning powder and bring to the boil.
3. Add chick peas and cabbage and cook until cabbage is wilted.
4. Serve with a sprinkling of parmesan cheese.
TIP
Use other beans if chick peas are not available, use two cans for a main meal dish. Broccoli, cauliflower or spinach can substitute for cabbage. This soup improves with age, I like it better reheated.

Pour over fruits, sharing the spices between the jars.
Screw lids down tightly and leave for 5 days before eating.
Serve with cold meats, on a cheese board or with ice cream and biscotti

1. Make the dressing by combining all ingredients, except for the sesame oil and olive oil in a food processor or hand blender. Run the blender for a few seconds, until all ingredients are combined. With the machine running, drizzle in the oils.
2. Heat a frying pan over high heat. Add the butter and oil and when the butter starts bubbling, add the mushrooms. Sauté on high for 3 minutes. Remove from pan.
3. Add more oil if needed and sauté the tempeh until brown.
4. In a large bowl, toss the cooked linguine with all the other ingredients and some of the dressing (to taste.)

End of the summer blooms

1.Saute chopped onion and garlic in butter until soft.
2. Place in food processor with all other ingredients except sesame seeds and process until smooth.
3. Pour into a small, well greased casserole dish. The pate needs to be at least 2 cm deep.
4. Sprinkle with sesame seeds and cover tightly with foil.
5. Bake at 180˚C for about 50 minutes until set. Remove foil and cook a further 5 minutes or until the top has browned slightly.